Dear friends & colleagues,
The IRP speaks through the power, precision and moral force of our journalism. It has a long, proud record of journalism that takes direct aim at systemic racism, inequality and the gaping flaws throughout the criminal justice system and administrative state — from the police and the military to the agencies entrusted to protect children and the companies that employ migrant women. Our work speaks loudly and clearly, and this is exactly as it should be for an organization devoted to fearless investigative reporting. 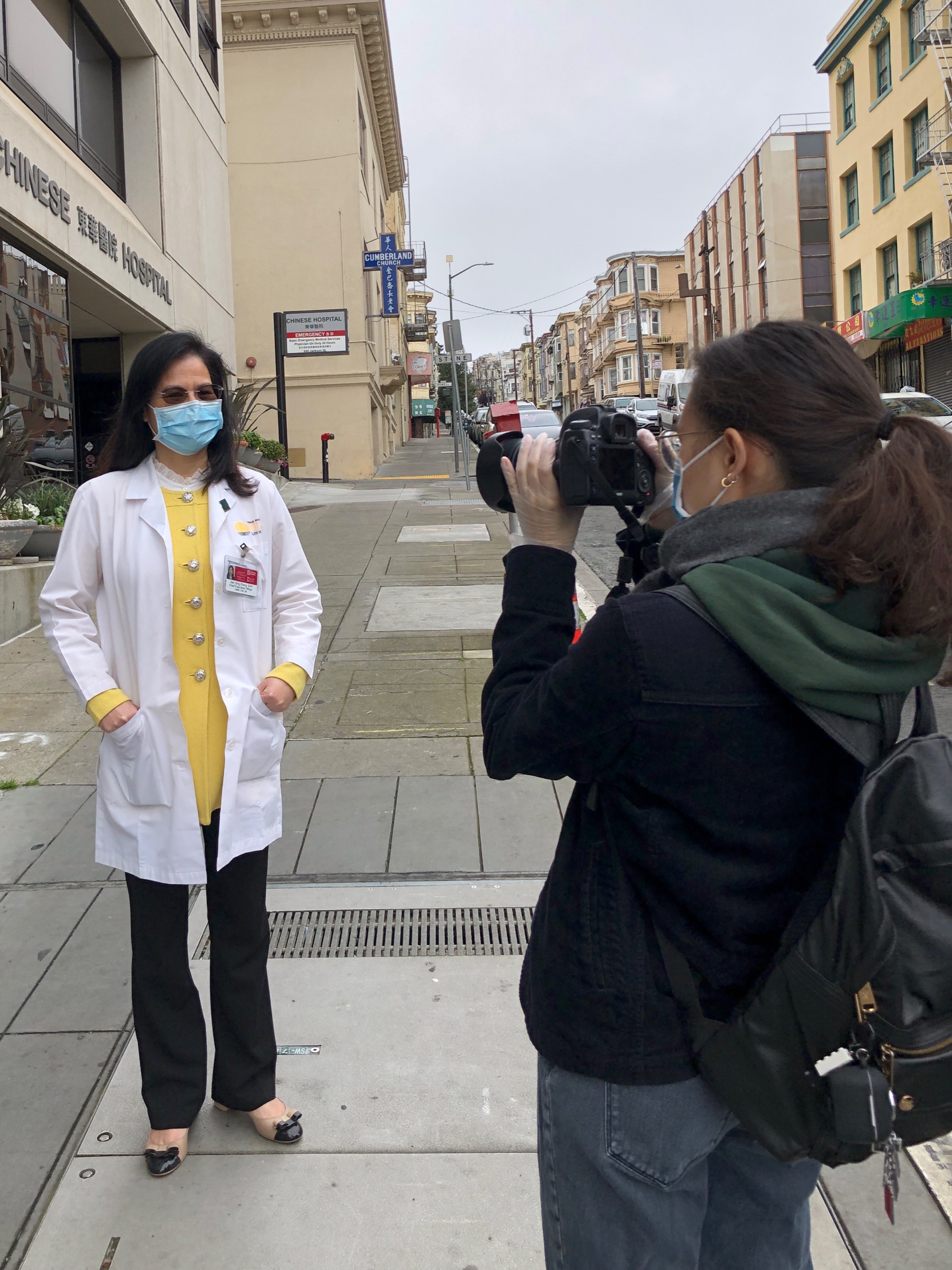 COVID REPORTING
It is with this strong sense of purpose that we stepped up to cover the current public health crisis. In March, the IRP forged an unprecedented partnership with The New York  Times to report on the pandemic’s impact on California’s 58 counties. IRP Director Geeta Anand and I mobilized 100 graduate students and faculty into small reporting teams,    working mostly remotely. In a few short months, 38 students received bylines, tag lines and photo credits in The Times, including two front-page stories, one by Ali DeFazio (’20)    and Brian Wollitz (’21) and another by Katey Rusch (’20)and Casey Smith (’20).  Three students, Yuriria Avila (’21), Barbara Harvey (’20) and Alex Leeds Matthews (’20), made important contributions to a historic Times front page listing those who died of Covid-19. (Scroll down to see the actual front pages.) Much of our coverage focused on vulnerable populations, including farmworkers and homeless older adults. In case you missed it, The Times wrote about its unique partnership with Berkeley Journalism in a recent article on page A2 in the print edition.Forty-two students have also been published in other outlets, including the Los Angeles Times, The Atlantic, San Francisco Chronicle, CalMatters, NPR, KQED, PBS FRONTLINE and PBS NewsHour. You can find all of the student work here. We could not be more proud. Special thanks to Berkeley Journalism advisory board member Angela Filo (’99) and George Zimmer, who provided core financial support for the Covid reporting project, as well as professors Michael Pollan and Elena Conis for their contributions. Our reporting has continued through the summer — with 15 of the IRP’s 28 summer interns focused on covering the pandemic, as well as the fallout from George Floyd’s death, including a recent piece by Betty Márquez Rosales (’20) about an anti-violence program in Stockton, Calif.  Please watch this 90-second video about the students’ extraordinary reporting effort. If you’d like to lend support to this vital reporting and learning, please give here.

THE TRIALS OF GABRIEL FERNANDEZ
Weeks before the pandemic upended the country, the IRP’s six-part documentary “The Trials of Gabriel 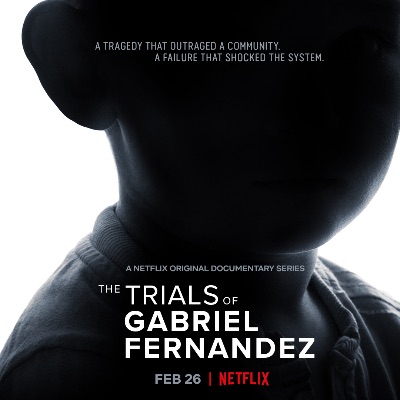 Fernandez” began streaming on Netflix and debuted at #1 in the U.S. The docuseries examines the brutal death of eight-year-old Gabriel Fernandez by his mother and boyfriend, and the government systems that failed to protect him. It’s the culmination of years of reporting by the IRP’s Garrett Therolf, who was the series’ producer and also appears in the docuseries. Students Cecilia Lei (’19), Casey Smith (’20) and Alyson Stamos (’20) contributed research. To support our continued reporting on vulnerable children, the IRP has established “Gabriel’s Fund,” which has already received many donations from those who were moved by the Netflix docuseries. Meantime, Garrett and a team of students are about to publish another gut-wrenching investigation about child abuse. Stay tuned. 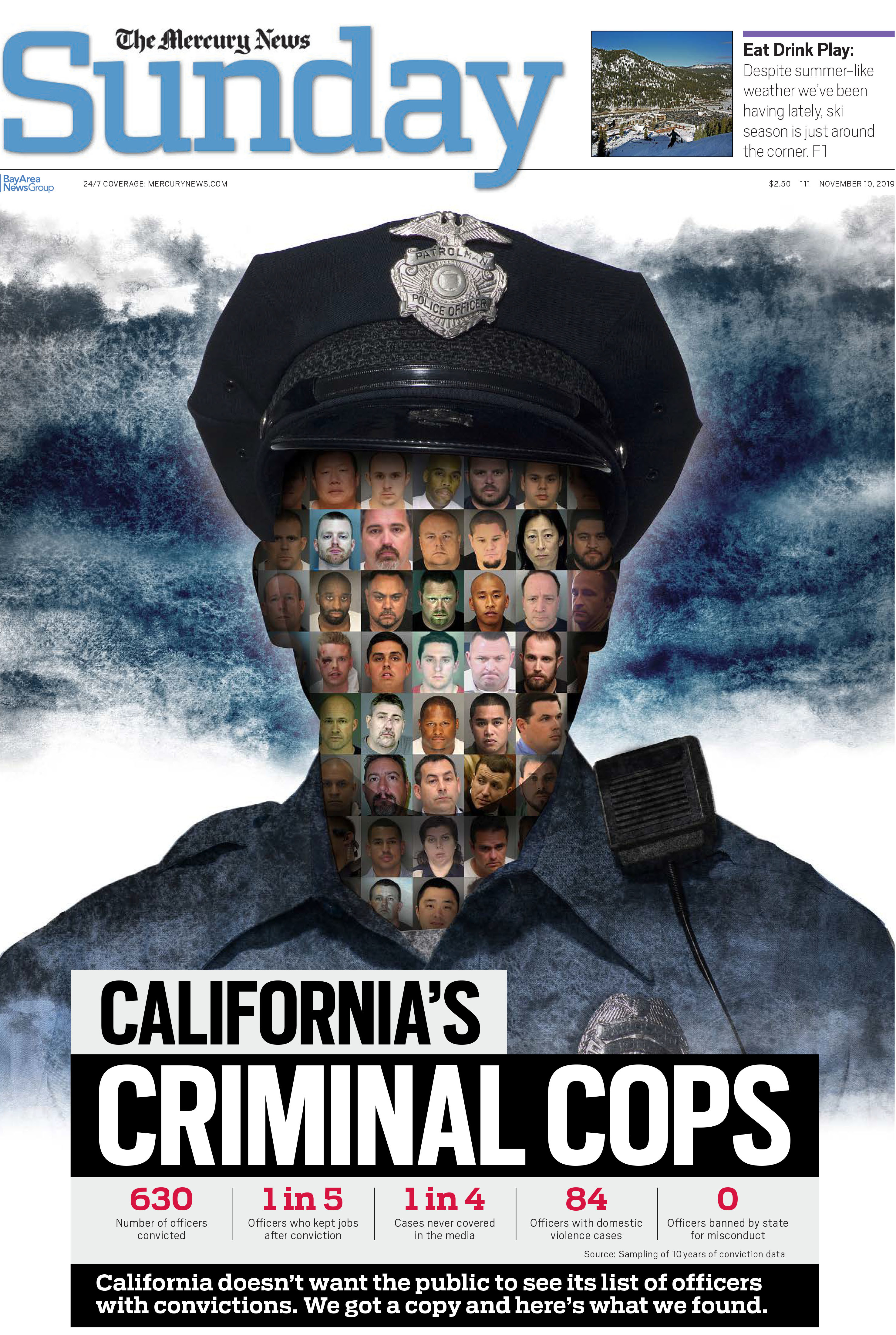 INVESTIGATING COPS
A six-month investigation led by the IRP last fall is particularly resonant in the wake of recent protests against police brutality. “California’s Criminal Cops” exposed hundreds of police officers with criminal convictions across the state, some of them still on the job. The project was published on the front pages of 35 California newspapers on the same weekend in November 2019. Laurence DuSault (’20), Katey Rusch (’20) and Ali DeFazio (’20) were key members of the reporting team. Our in-depth look at police misconduct continues with another groundbreaking investigation — the culmination of two students’ master’s thesis project! — coming soon.

STUDENTS FIRST
All this is part of a larger effort to put students at the very center of what the IRP does. In fact, we’ve flipped the script on what the IRP has traditionally done. Instead of inviting a small number of students to participate in projects by IRP staff, we hired three dozen students (pictured right) and created an infrastructure that supports investigative projects conceived and executed by students. Our goal is to encourage and empower our incredibly diverse student body to dig into the kinds of stories that have long been overlooked or ignored by newsrooms everywhere. Special thanks to Richard Logan of The Reva & David Logan Foundation for providing funds for student projects, and to the MacArthur Foundation for believing in our mission.

TEACHING
On the teaching front, I’m wrapping up my first academic year here at UC Berkeley as the Logan Distinguished Chair in Investigative Journalism. I’ve had the privilege of teaching investigative reporting to nearly 60 students — roughly half the student body — and I look forward to teaching two seminars this fall — albeit online, due to a campus mandate to begin the semester with fully remote instruction.

LOGAN SYMPOSIUM
As you know, due to Covid-19, we made the difficult decision to cancel the 14th Annual Reva & David Logan Symposium on Investigative Reporting, scheduled for this past April. Thanks to our invited speakers, planning committee and sponsors, especially The Reva & David Logan Foundation and the Jonathan Logan Family Foundation, for their steadfast support of this beloved gathering. We look forward to convening with all of you when it’s safe to do so.

INTERIM DEAN
As many of you already know, IRP Director Geeta Anand was appointed interim dean of Berkeley Journalism this month. I cannot think of anyone better to lead our school through this historic moment and help transform our industry into one that truly reflects the diversity of this country. I plan to continue working closely with Geeta to create the best training ground for young diverse journalists.

THE ROAD AHEAD
The road to solving racial inequality in journalism is long and steep, and we still have a long way to go. But the task has never been more urgent, and with the racial and social reckoning prompted by George Floyd’s death, the opportunity to vanquish the status quo has never been closer. We hope you will join us in our collective effort to remake and reimagine investigative journalism.

The Investigative Reporting Program is a professional newsroom and teaching institute at the University of California, Berkeley. We are committed to reporting stories that expose injustice and abuse of power while training the next generation of journalists in the highest standards of our craft.